Deloitte has published the rank covering the fastest growing technology innovative companies  of the EMEA region (Europe, Middle East, Africa). The leader is the French company Weezevent. The average revenue growth rate of all the companies from the rank “Deloitte Technology Fast 500 EMEA” was 1711%. For comparison, in last year’s edition it was 1403% and in 2012 it was 1549%.

The winner of the current edition, as well as one and two years ago, is a company from France. This time it is Weezevent, which deals with online sales of tickets for concerts and events. Over the past five years, the company recorded an impressive revenue growth of over 43 thousand %. Central-European leader and the winner of the ranking of the “Deloitte Technology Fast 50 CE” is the Hungarian company Szallas.hu. This year it is located on the 66th place of the rank in the EMEA region.

Like last year, the most strongly represented country is France, from which there come 86 companies. Compared with the results of the year 2011, 2012 and 2013 – the composition of the national podium in terms of numbers has not changed. The second place belongs to Great Britain, and the third to Sweden.

Ranking “Deloitte Technology Fast 500 EMEA” represents the 500 fastest growing innovative technology companies in EMEA. The analysis is based on the percentage increase in operating income from the sale over the last five years (2009 vs. 2013).

Companies included in the ranking must meet the following criteria: develop or manufacture proprietary technologies and / or incur significant expenditures on research and development, have the ownership structure which excludes majority shares of strategic investors, established in one of the countries participating in the program, the period of time: min.5years, the operating revenue in each test was: min. 50 000 EUR.

Sat Dec 6 , 2014
One of the leading global online food delivery services Foodpanda, according to Serbian startup blog Start-it, acquired leading Serbian online food service delivery company Donesi.com. As stated on their company site, Foodpanda is present in over 35 countries in the world, and also part of the well-known Rocket Internet company […] 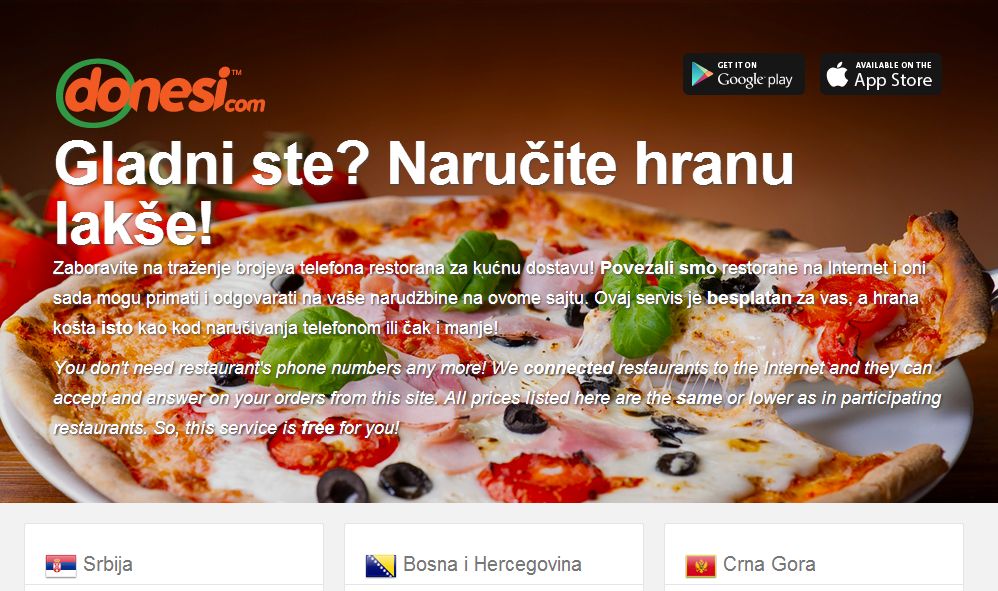