In Greece there are about 600 high-tech startups that developed in various industries. The main industry are ICT companies – Information and Communication Technologies. The number of startups in Greece has increased 12 times since 2010.

The actions of the Greek Government to help startups via national sources are realized through: lending programs of the European Investment Bank, lending by Jeremie Programme II, support programs of the Hellenic Fund for Entrepreneurship and Development.

Greek Fund for Entrepreneurship and Development, in short “ETEAN SA”,  was established as a new public institution in 2011 with a capital of 1.7 billion euros, of which 1.5 billion are the Greek government bonds. The remaining shares were paid in cash. The main objective of ETEAN SA was to offer support to thousands of newly established and existing innovative, dynamic and promising companies operating in all sectors of the economy.

Furthermore, in Greece there are several venture capital funds, including the Attica Ventures, FirstAthens, PJ Tech Catalyst, Jeremie Funds and Odyssey Venture Partners, which manage about 70 million euros in assets.

As the JEREMIE funds investment period has expired, the Greek government is planning to further scale-up tech entrepreneurship and funding chances for promising companies by building a new fund-of-funds together with EIF. Intermediary VC and PE funds will invest €260 mln to startups. On December 22nd 2016 the Greece’s Minister of Economy and Development and the European Investment Bank President, signed the EquiFund. In the beginning it will be financed with €200 mln via the Operational Programme ‘Competitiveness, Entrepreneurship and Innovation 2014-2020’ which is being financed by the Greek Government and the European Structural and Investment Funds. And there will be €60 mln from EIF. This amount includes up to €10 mln from the European Fund for Strategic Investments. What’s more, EIF will act as the EquiFund manager, proposing and evaluating the intermediary funds which will arranged.

10 most promising startups from Dubai

Sun Jan 8 , 2017
Low taxes and strategic position as a crossroads city in the Middle East make Dubai a perfect place for starting new products and services. Dubai currently has a status of a global city. It is a lot more than luxury shopping, contemporaneous architecture and agile nightlife. It plays host to […] 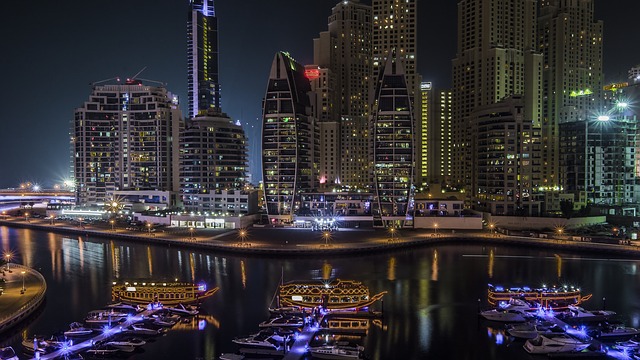