According to the research firm IDC, in 2013 in Poland there were sold 1,1 million of printing devices . Almost half of the market belongs to HP.
Compared with 2012 , the number of printing devices sold in Poland fell by slightly more than 1% . However, the market also grew by 1% , mainly due to increased demand for more expensive  devices targeted to the business sector .

The largest segment of the Polish market of printing devices a is represented by multifunction inkjet devices , which sales reached 576 thousand  pieces. Next in this respect were laser printers (283 thousand) , multifunction laser devices (216 thousand) and inkjet printers (29 thousand) .
Among manufacturers , the leader was HP, which accounted for over 47% of  Polish market of printing devices . On the second place was the Brother (15.%) , and the third – Canon (14.5%) .

Amazon is giving up free shipments to Poland

Thu Apr 10 , 2014
The British branch of the online store Amazon announced that from now on all consignments carried to Poland will have to be paid for. Amazon has announced the shipping fees to Poland and also to several other European countries. Among them are: Belgium, Denmark, Finland, Gibraltar, Iceland, Luxembourg, Portugal and […] 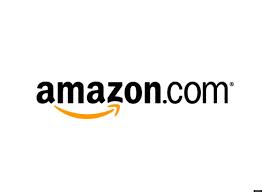