In the eyes of international financial and economic experts, Poland has become a country of startups. Young, innovative Polish companies are often perceived by serious investors. Concepts, that have emerged in the offices of Polish startups, increasingly win prestigious contests in the world with foreign rivals.

Most Polish startups, which in recent years have gained a market (local or international) success, operates in the segment of the internet and new technologies. Among them are: Game Technologies (designer and manufacturer of dice Dice +), Brand24 (a tool for monitoring Internet and social media), Social WiFi (channel to reach customers on the basis of free Internet), Leia Display System (creator of holographic images) or Intelclinic (a mask for polyphasic sleep).

Business environment in Poland is becoming more friendly for emergence of young companies, but there is still a lot of problems that are faced by people starting their business in a startup model. Starting a startup does not require establishment of a limited liability company or business. In the first phase of startup, you can simply work on your own or in a small team, that is doing something informally after hours. There are many possible formal further steps. Each of them is simple, it requires a brief research in the Internet and registration. While a startup does not make money, it does not have to have any legal form. Thus, at some stage it is worth to formalize the organization. There is a number of options, i.e. to take out membership in an AIP (Academic Business Incubators), which gives legal status and supervises development. At next stage, you should think about the company. Polish startups stories indicate that, although it is easy to set up such a company, then later putting it in a mature stage of the business is much more difficult – 9 out of 10 startups in Poland disappear from the market after a year of operation. The main causes of bankrupting of startups, which received financial support, are: weak team, lack of passion or lack of belief in your project, lack of determination and lack of experience.

Interestingly, the Polish market differs from foreign markets of startups. Abroad,  they are often established by corporate employees who simply stopped working for corporate enterprises and noticed a need in the market and cater to this need. In Poland, however, a startup is a kind of way of life, an opportunity to do interesting things, meet fantastic people and learn.

Thu Mar 12 , 2015
The world’s biggest ridesharing platform  BlaBlaCar has announced they acquired a Hungarian startup Autohop and, therefore, now they are present also in Hungary, Romania, Serbia and Croatia. BlaBlaCar is present in 16 countries according to their main page country selection and based on Crunchbase data so far raised 110m usd […] 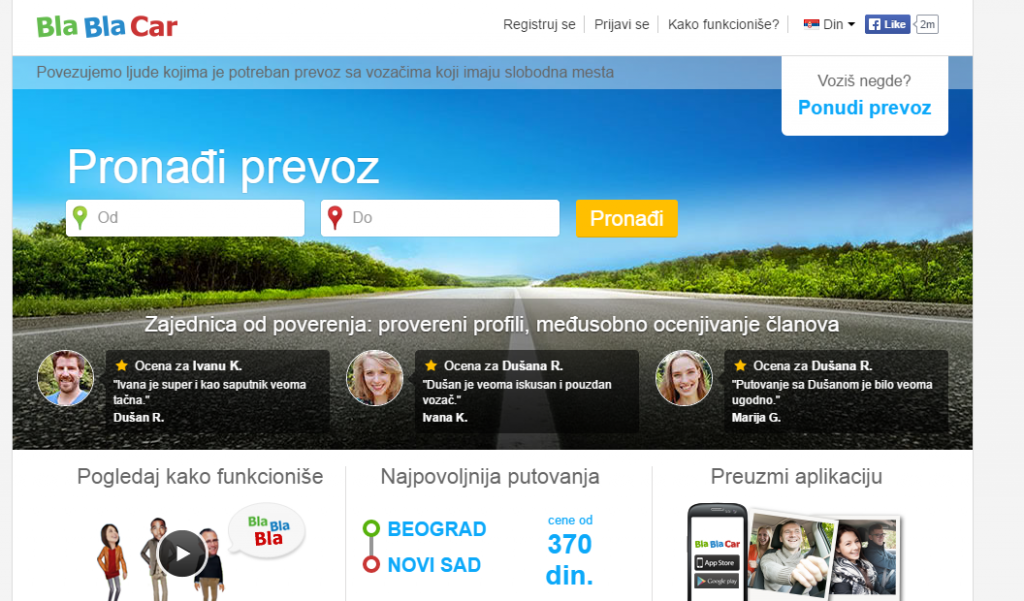