Russian mobile services provider MegaFon and Sberbank have concluded a contract to launch a $592m credit line that expires in 2024 to finance a stake take over in Mail.ru Group. The money will enable the takeover of 15.2% of shares in the authorized capital of Mail.ru Group (63.8% of voting shares).

The deal will amount to $640 million, containing $540 million to be disposed when the transaction is closed and another $100 million to be given after one year. The shares will be sold by: New Media and Technology Investment LP, New Media Technologies Capital Partners Limited and Ardoe Finance Limited. These companies belong to the USM, a holding company ruled by Russian billionaire Alisher Usmanov. Yet, when the deal is sealed, Usmanov will still hold an indirect interest in Mail.Ru Group, because USM owns over 56% of MegaFon.

MegaFon’s partnership with Sberbank enables it to purchase the Mail.ru shares on alluring conditions. The contract also modificated the terms of three going credit lines which amount to $1.64bn, and which were given to MegaFon in 2012 and 2016. The new terms have lower interest rates and reconsidered early payoff terms.

The takeover plan arises as both companies are expanding cooperation to jointly develop new products and synergies. For example, the two companies have decided to start a special deal for Vkontakte’s mobile users. The new service, called ‘VK Mobile’, will profit from the infrastructure of Megafon and its affiliate Scartel. Mail.Ru Group and MegaFon have also decoded to jointly create predictive data analysis instruments to rationalize user segmentation.

UMER, a Russian 'Uber' for the deceased

Mon Feb 13 , 2017
Umer is a new app coming from Russia and made by Dmitriy Geranin whose purpose is to support people organize funerals for their loved ones. It is as convenient as transportation application Uber, but it assists you in organizing funerals, not rides. A user selects the search key parameters by choosing […] 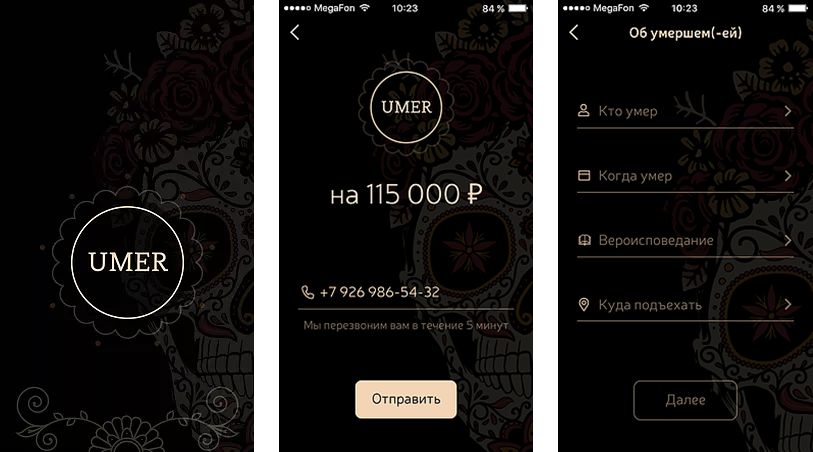