Positive change and initiative have always been the driving force behind progress, and among the places that need this kind of attitude are areas of Africa.

Twaweza is a ten-year citizen initiative focusing on large scale change in East Africa. The name means “we can make it happen” in Swahili. The main focus of this initiative is to give millions of people relevant and usable information with which they can influence a change from the “bottom-up”.

Tactics do not include working on small, individual projects, but rather reaching out on a large scale, through mass media, mobile phones, religion, teachers and consumer goods. Through partnerships they achieve a mutually beneficial relationship with their partners allowing them to be a part for the bettering of lives of ordinary people.

Founded four years ago by dr. Rakesh Rajani, Twaweza has already formed key partnerships with organizations across Tanzania, Kenya and Uganda and adapted to best serve the needs of the people.

Twaweza has a strong online portal, and is active not only in mass media but also on social networks such as Facebook and Twitter.

Thu Aug 28 , 2014
One of the most important news of CEE online ad industry is that Twitter and Httpool (one of the most successful online ad agencies in CEE region) made an agreement where Httpool will be Twitter representative when it comes to advertising. Via this partnership, companies will be able to advertise on Twitter in 11 […] 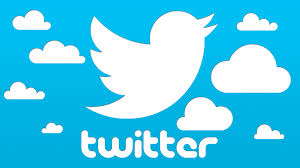